After a once-in-a-lifetime experience in the Serengeti, we jumped on another puddle-jumper plane to Kigali, Rwanda to see mountain gorillas in the wild. After seeing pictures and watching videos of those who had gone before us, we just had to go.

There are only around 800 mountain gorillas left in the world, and only a few of these families can be visited by a maximum of 80 humans a day for an hour at a time. It’s a long way – with expensive permits – to go to Rwanda to spend an hour with mountain gorillas. So we decided to do it twice. That made all the difference. 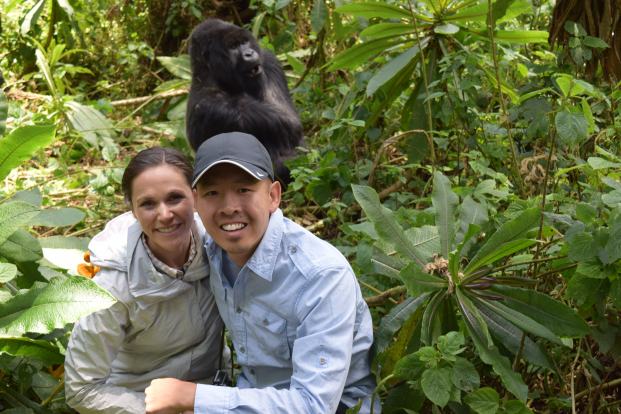 The first day we were in a group of 10 trekkers with a guide which is the standard size (8 groups each for a gorilla family x 10 people = 80 max). We totally lucked out on the second day as we were the only two trekkers in our group. Although other groups had 12 – 14 people. Go figure. No complaints from us though!

We strapped on our gaiters – basically an extra pant leg which made me feel like a cowboy without the cool parts – and were ready to trek. It was true jungle trekking. I figured it would be like a flat hike along a path. It kinda was, except instead of flat it was steep, and instead of a path it was a solid wall of trees, plants and stinging nettles.

There were so many stinging nettles. So many. I figured with pants and gaiters we’d be protected. False. They stung and itched for a while, but it was all worth it when we’d machete our way into a clearing and come face-to-face with a gorilla family. 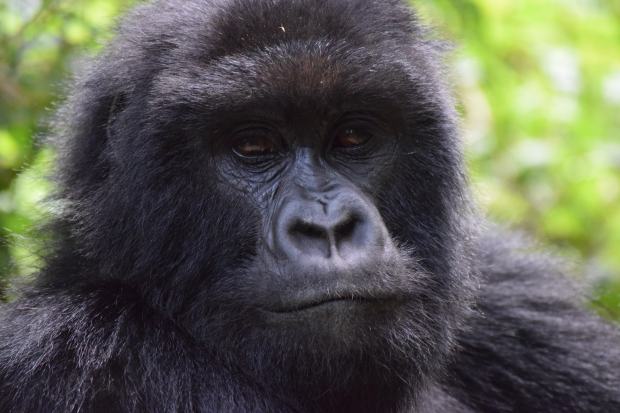 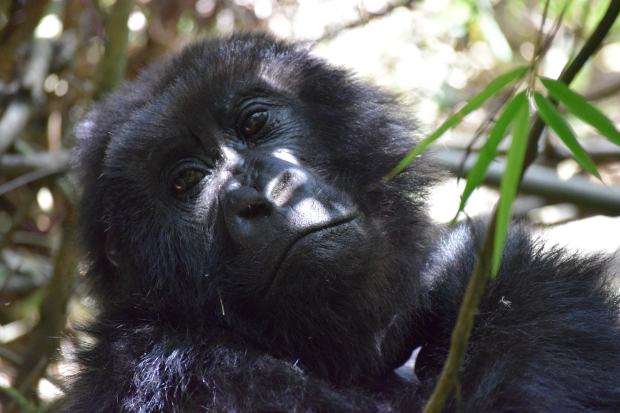 We saw two different families on our treks, which included silver-backs, black-backs (adolescents) and babies who were so playful, and sometimes hitched a ride!

It’s hard to mentally prepare how you’re going to feel when you’re inches away from such a huge human-like animal. It was awe-inspiring and mesmerizing at the same time. It was awe-mesmerizing.  We could have sat there for hours watching them eat, play and interact. 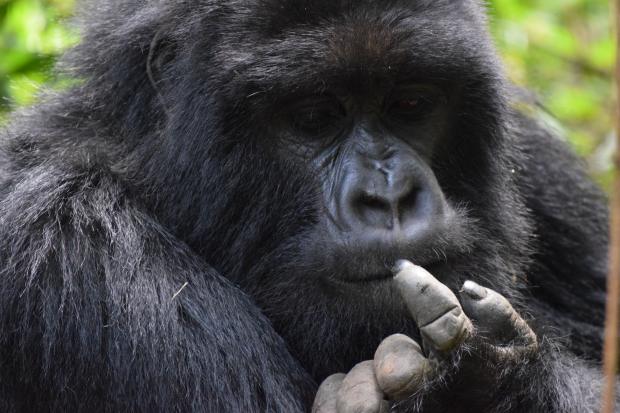 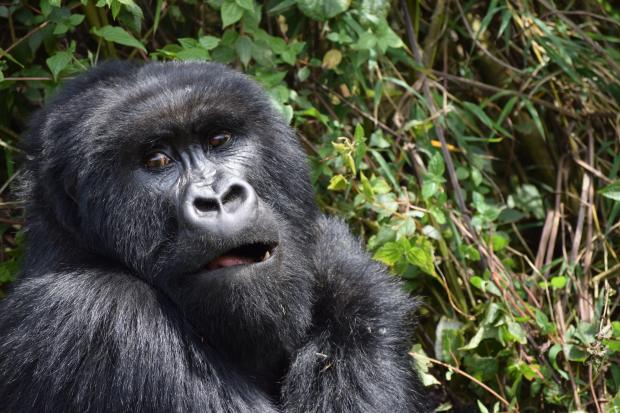 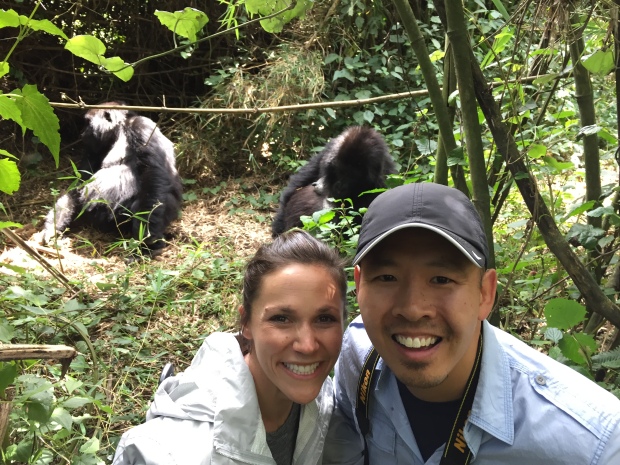 We especially loved watching one of the younger gorillas play with his older brother as the brother tried to shake him off. He clung on in any way he could, grabbing his leg, arm, back, even resorting to the time-proven tactic of hanging on by sticking his arm in his brother’s mouth. 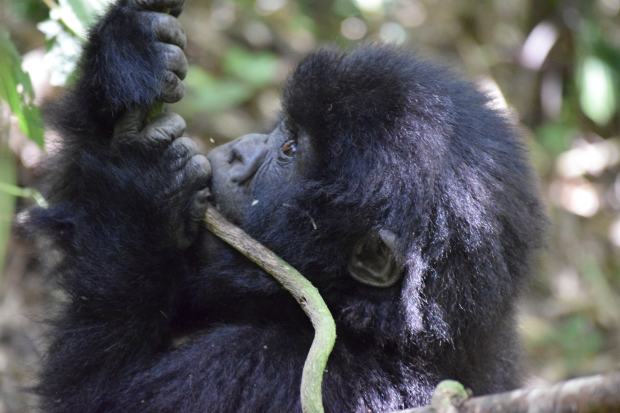 One of the young males brushed right past Tova, but not without giving her a smack to the head first. I assumed that was a sign of affection.  But I figured given he was twice my size I’d let him get away with it … just this time. I’m not sure it’s a sign of affection that’s translatable to humans though; at least that’s what Tova tells me.

Speaking of human-like behavior, we met a gorilla that must have been a grandpa in a previous life. He looked at us, lay on his back, yawned and started scratching himself in a very human-like way. He yawned again, then let one rip. Yep, apparently gorillas have gas too. I remember hearing it and thinking – did he just …? Then 30 seconds later as the wind direction changed and wafted towards us, I realized – yep he did.

We continued to follow the gorillas as they moved through the forest eating and playing. As we trekked back on our last day, it hit me how surreal it was to be so close to such a majestic animal so similar to us humans.

This area had a sad history of gorilla poaching; despite efforts of many including the renown scientist Dian Fossey.

We were excited to see some of the latest initiatives to deter poaching were making serious progress. This included providing ex-poachers more lucrative jobs in conservation rather than poaching. Examples included being hired as (i) trackers for a specific gorilla family to deter other poachers, form a closer bond with the family, and monitor their health; and (ii) also as porters.

In a world that constantly sees alarmingly high numbers of animals on endangered or extinct lists, it was heartwarming to see effective conservation in action.

The gorillas are so gentle, family-oriented and sometimes sorely misunderstood. I’m so glad they now get to enjoy the peaceful life in the jungle they so deserve. It was such a privilege to spend a few moments sharing in the life of two gorilla families; it’s an experience I’ll never forget.

I prefer my puns intended. View all posts by Justin