Both Justin and I had both been on safari: Justin in southern Africa while raising lion cubs, and I had been in Kenya and Tanzania while living abroad. But neither of us had seen the wildebeest migration and wondered how much longer this natural phenomenon would continue. So, we structured much of our honeymoon itinerary timing to try see the wildebeests cross the Mara River from Kenya into Tanzania.

Traveling to the safari camp

When we arrived at airport in Nairobi, we were told that due to security all guests had to show their tickets. As we searched for our confirmation, a man standing near the front door says to us, “You must be Tova and Justin. Please, come with me.” We look at each other and thought … umm … awesome … strange …

He led us through two sets of security, at each he said “charter flight.” It turns out, the short flight we were taking from Nairobi to Kogotende air strip in the northern Serengeti was a small 12-seat charter plane … and we were the only passengers!

Weather patterns were unusual this year and so although early October would typically be a busy time for crossings, we caught the tail end of the wildebeests in the northern Serengeti — but were so lucky to see two big crossings while on safari.

The first thing to know about wildebeests (as our safari guide often reminded us) — wildebeests are very dumb animals. It was common to spend hours watching them race from across the savanna to the edge of the river, then stop and graze for ages. Some would bravely walk down to the water’s edge, then head back up again. On our last day we saw a herd of 300-400 go back and forth to various spots along the edge of the river, only to repeat this pattern, literally running in circles. The two crossings we saw were led by zebra, who are often the leaders of the herds across the Mara River.

A quick note about the animals we saw … mind blowing. It is surreal to be so close to these gorgeous animals in the wild. Within our first day and a half, had seen the Big Five — lion, elephant, cape buffalo, leopard, and rhinos (with her little rhino baby!) as well as leopards, giraffe and a wildebeest crossing! 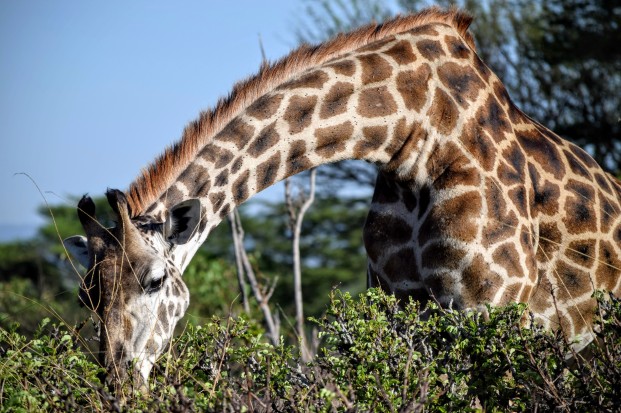 And the babies! We couldn’t get enough of the three day old baby lion cubs or the baby twin elephants nursing. We loved the baby monkeys who rode on their mama’s back or belly and found the baby warthogs running after their mama shockingly cute.

The experience at camp

We stayed at Alex Walker’s Serian mobile camp — mobile meaning they move the camp based on the season to follow the migration. We loved their focus on guiding and didn’t need amenities such as swimming pools and wifi typically at the permanent camps.

That said, we weren’t roughing it at this camp! We had hot showers, flush toilets, hot water bottles in our beds with our turndown service, and tea/hot chocolate delivered to our tent door each morning before the game drives. The other major perk of the camp was the location being so close to the animals. Upon arrival, we were met with a herd of zebra, and another night an entire elephant family wandered through.

Tips for traveling on safari:

What to pack for a safari: