After swimming with the whale sharks, we went to one of the most beautiful island regions in the world, Palawan in the Philippines. Justin found a resort on a private island. Of course it was all a surprise to me, so when I was told I didn’t need to research local attractions or restaurants, it was because there were no restaurants on this island. Only the resort. It was pure paradise. It was even called, Club Paradise.

We spent our days lounging on the beach and reading. The sand was silky and fresh coconuts were plentiful. 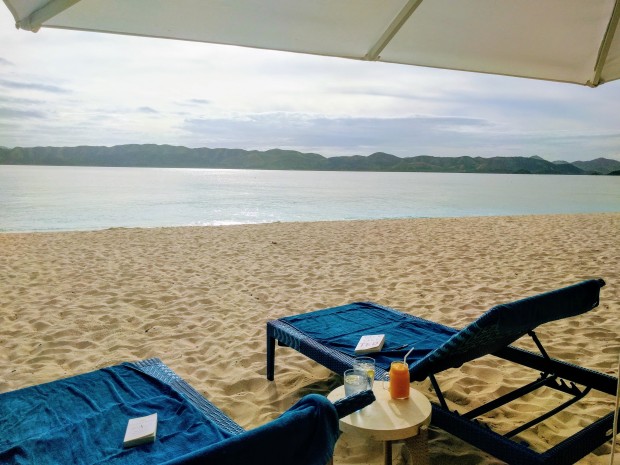 We had a wildly unsuccessful fishing excursion but saw plenty of fish while snorkeling off the shore (with our amazing full-face snorkel masks, of course). 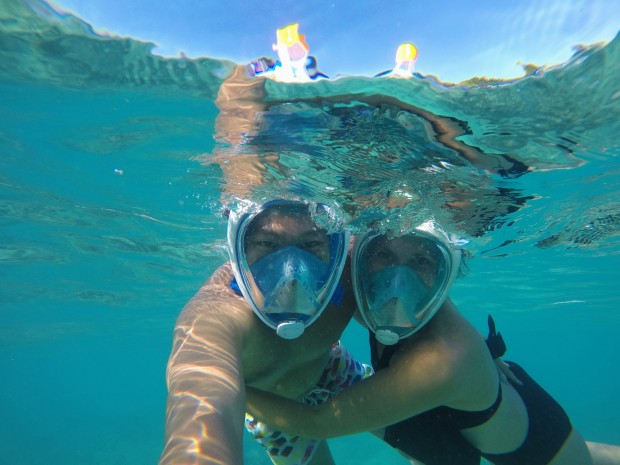 But the best part was going out scuba diving. It was Justin’s first time diving and he was a pro. We finished the introductory course and went out for a beautiful dive at the reef just offshore. 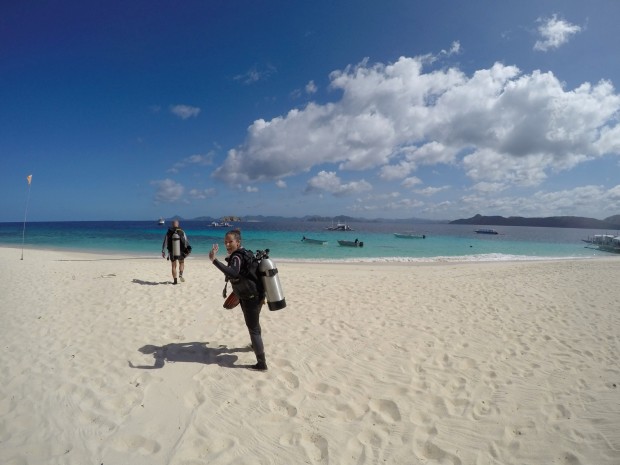 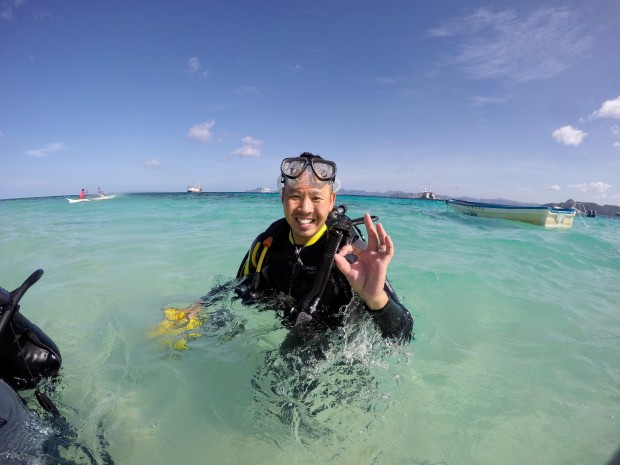 We loved it so much we booked the next day to go out to Apo Reef — the second largest contiguous reef in the world (after the Great Barrier Reef). We had two spectacular dives and saw a reef shark, sea turtle and tons of amazing fish and coral. 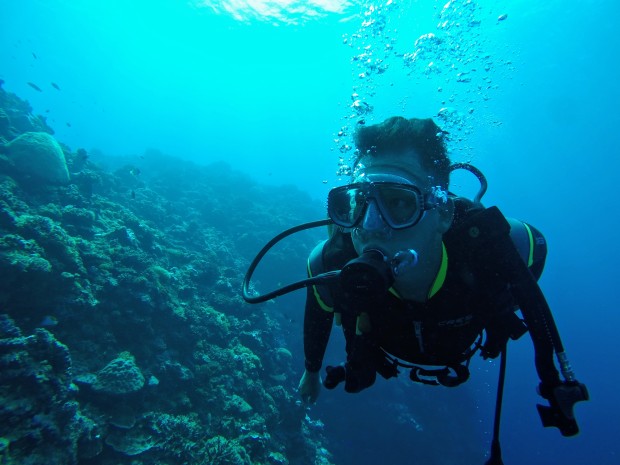 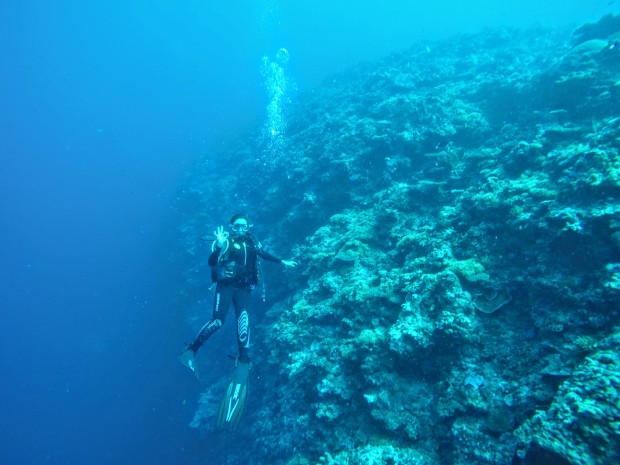 Justin booked a beautiful cottage on the beach, complete with couch and hammock on the front porch. Shortly after we arrive we were greeted with welcome foot massages as the sun was going down, and special Filipino treats left for us each evening in our room.

We were lucky to be there on a night when baby turtles were hatching. Justin caught these cuties making their long journey into the sea 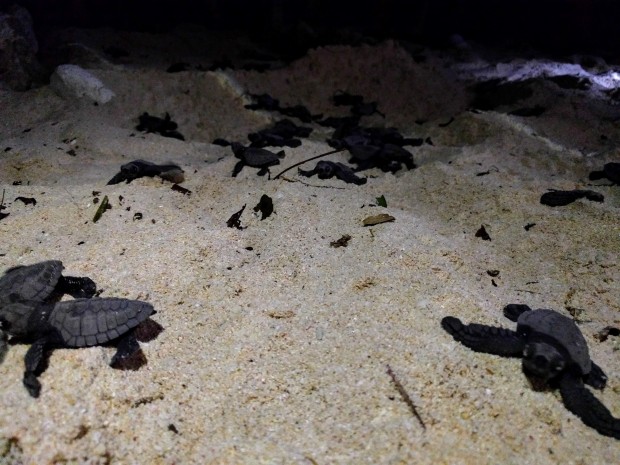 We enjoyed some awesome dinners on the beach (including a surprise private dinner and serenade), capped off with evenings filled with many games of darts. 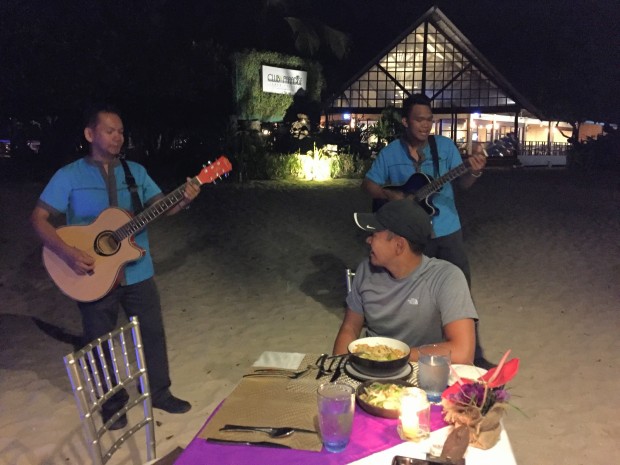 This was an incredible way to cap off the relaxation portion of the honeymoon. On to Bangkok and then home. So long (Club) Paradise. 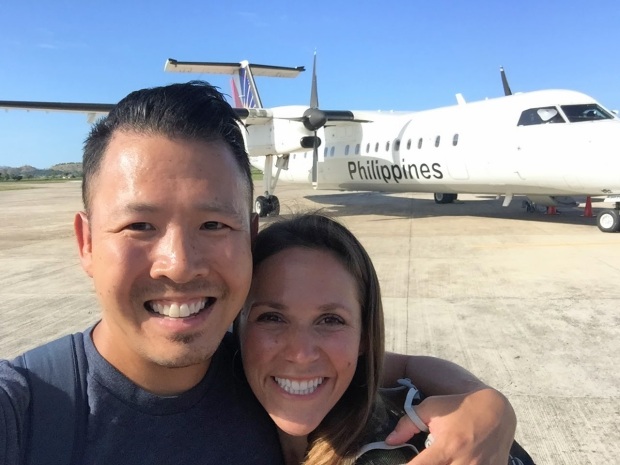